Star of the Week! 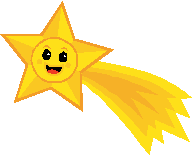 Each week the grown-ups choose a member of Year Two to be star of the week and they get a special certificate in celebration assembly. To be a star of the week a grown-up has to spot you doing something extraordinarily fabulous. I wonder who will amaze us this week...

23rd June 2017 - Liam N - for getting on with writing his news report without being distracted.

- Maisie - for passing her 2 division test.

30th June 2017 - Filip - because of his amazing keyboard skills when typing up his news report.

- Amiee - because she explained her reason for her prediction for a science investigation.

14th July 2017 - everyone - for working as a team and doing a fantastic dance for the end of year show. well done everyone.

3.2.17 - Aimee for being a fantastic learning partner in phonics.

27.1.17 Malia  for showing determination when finishing her maths work.

20.1.17 Mackenzie for participating well in lessons. and Nicola for working hard in maths.

4th  November 2016 - Liam H - For his enthusiasm , knowledge and interest in this half term's topic.

20th October 2016 - Isabella For always being helpful and considerate to other children.

Lily - for solving maths calculations in her head quickly.

7th October 2016 - Malia - she always uses a success criteria when working to make sure she has included all the required elements in her work. Well done.

30th September 2016 - Jack - for trying very hard with his handwriting.

23rd September 2016 - Cian and Tayla for being fantastic maths partners this week.

16th September 2016 - Molly, Harry, Carla & Jess - For embracing the topic both within the class and at home. Well done.